Skip to content
Previous Next
Blame it on the Blasto! 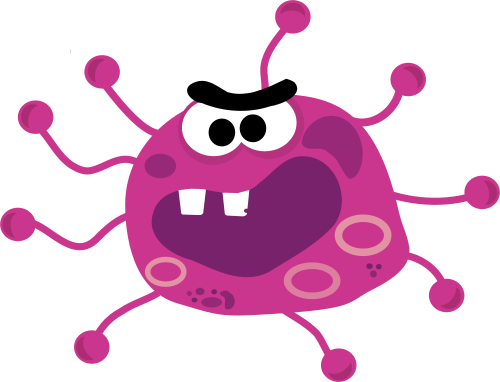 Blame it on the Blasto! How Biotoxins such as Parasites or Heavy Metals Might Contribute to Neurodegenerative Conditions like Alzheimer’s and Dementia

Brenda is a 56 year-old woman with a gradual decline in cognitive ability and unintentional weight loss. She could not remember her pet’s names, forgot to take her lunch to work, struggled with word finding and finally contacted me when she could not remember which turns to take when driving home from work (a route she had been taking for 12 years). Brenda was very frightened by her declining mental status.

Assessing her genetics I checked for a common genetic single nucleotide polymorphism (SNP) ApoE 4 that increases risk of Alzheimer’s Disease (AD). She was normal so this was not the cause. Her finances were very limited so we had to pick only one test that she could afford at the time. We did a comprehensive stool analysis. The test results showed positive for Blastocystis hominis, a parasitic infection. We started a botanical treatment protocol, an anti-inflammatory food plan and Brenda started purchasing bottled water until able to test her well water as a possible source.

Meet Dr. Dale Bredesen, MD, Neurology, and professor of Neurology at the Buck Institute at UCLA. He was frustrated by the failure of recent drug trials in AD. Dr. Bredesen has led new research to provide insight that explains the erosion of memory seen in AD. He has developed new therapeutic approaches to treating this devastating condition providing hope for most of us as we age so perhaps we can prevent and/or survive AD. Did you know that 50 percent of all people who live to age 80 will get Alzheimer’s?1

“Everyone knows a cancer survivor. No one knows an Alzheimer’s survivor.”

Dr. Bredesen has identified three primary subtypes of AD. You can read more about the subtypes in his New York Times best-selling book, “The End of Alzheimer’s: The First Program to Prevent and Reverse Cognitive Decline.”  Healthcare providers are encouraged to investigate in affected patients “Alzheimer’s due to WHAT?” People with Alzheimer’s may have a mix of subtypes, but usually a dominant subtype. Today we will explore Type Three Alzheimer’s.

Type Three AD is known as the TOXIC form of the disease. Dr. Bredesen explains that effectively treating AD includes helping individuals find all the leaky holes in “a roof with 36 holes,”1 that are contributing to cognitive decline. He talks about only two current medications that help patch a couple of the holes in the roof. What about the other leaky holes? In the toxic type of AD it is crucial to identify all the leaky holes, but especially toxins. What do I mean by toxins? These are pathogens like mold, viruses, bacteria, parasites or inorganic materials such as heavy metals.

The story above described a woman with early dementia seriously affecting her quality of life and compromising her ability to drive to work at the young age of 56. This woman is an example of the toxic form of AD caused, in this case, by a parasitic infection in her gut. Based on autopsies of people who have died of AD scientists have discovered the classic amyloid plaques blamed for damaging memory connections in the brain can contain toxins such as yeast, bacteria, viruses, parasites, mold spores, and heavy metals. Gut-related infections can also increase endotoxins called lipopolysaccharides (LPS) that increase brain inflammation as another possible cause of AD. The plaques may be trying to protect the brain from these underlying toxins.2 In Functional Medicine and Nutrition we strive to find the root cause of disease. In Type Three AD we look for these types of toxins to help the brain recover.

AD is affecting younger people. Another patient, a 44-year-old female, was frustrated by memory decline and fearful that she did not have the cognitive ability left to complete a rigorous graduate level training program to advance her career. She was fearfully imagining her children having to care for her as her memory worsened. She also had debilitating chronic fatigue and severe migraine headaches. With genetic testing we discovered she was positive for the ApoE 4 genetic SNP increasing her risk of AD. Heavy metal testing revealed she also had a high body burden of mercury. Her treatment protocol included removing the source and helping her body detoxify the accumulated mercury:

There were additional holes in her roof that needed to be addressed. For example, she had high inflammatory markers in her blood. She started a regular exercise program to promote brain derived neurotrophic factor (BDNF) to help the brain clear toxins, incorporated better sleep habits and mindful meditation and about eight other key strategies.

That was three years ago. 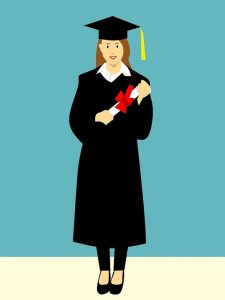 Today this woman was able to graduate from her training program and reports her memory and cognitive ability is better than it was 10 years prior!

Toxic burden such as Blastocystis hominis or heavy metals are worth assessing when a person is showing cognitive decline. Identifying and treating toxic burdens can offer a ray of hope in preventing and treating neurodegenerative disease. Please share your thoughts about how toxins affect those with cognitive decline in the comments section below.

Tracey is a certified Bredesen Protocol™ provider. If you would like more information please visit my Bredesen Protocol page or send me a message via my Contact Page to request a free 30 minute phone consultation.

1. Bredesen, D. E. (2017). The end of Alzheimer’s: The first program to prevent and reverse cognitive decline